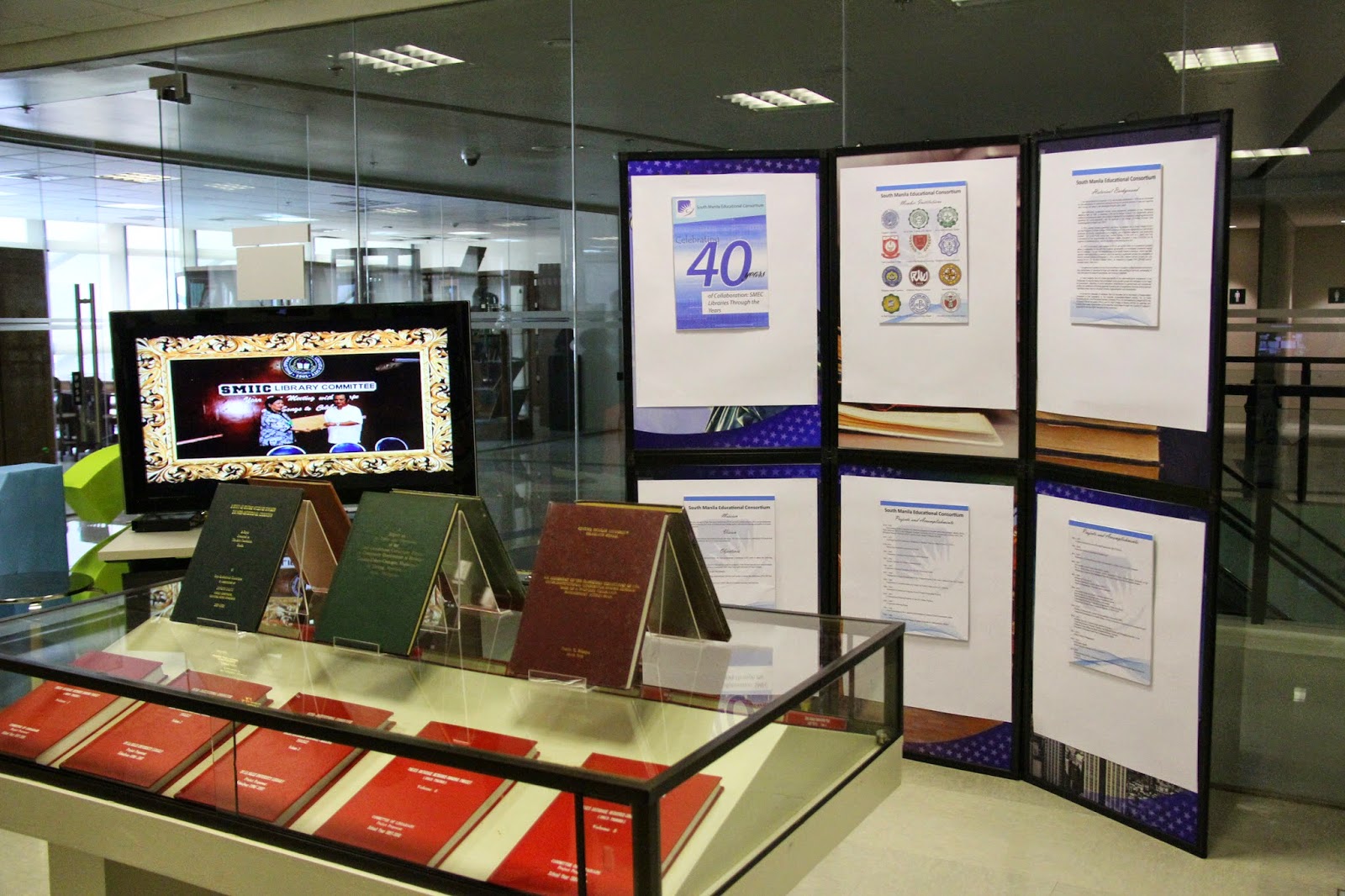 In celebration of the 40th anniversary of the South Manila Educational Consortium (SMEC), the Committee of Librarians challenged its member to put up exhibits about their respective libraries depicting the theme Celebrating 40 years of Collaboration: SMEC Libraries Through the Years.

The exhibits were made available for viewing from November 19 to 22, 2014.

The launching of The Committee’s blog site accessible at http://smiiclibrarians.wordpress.com/ was also held during the opening ceremonies which was on November 19.