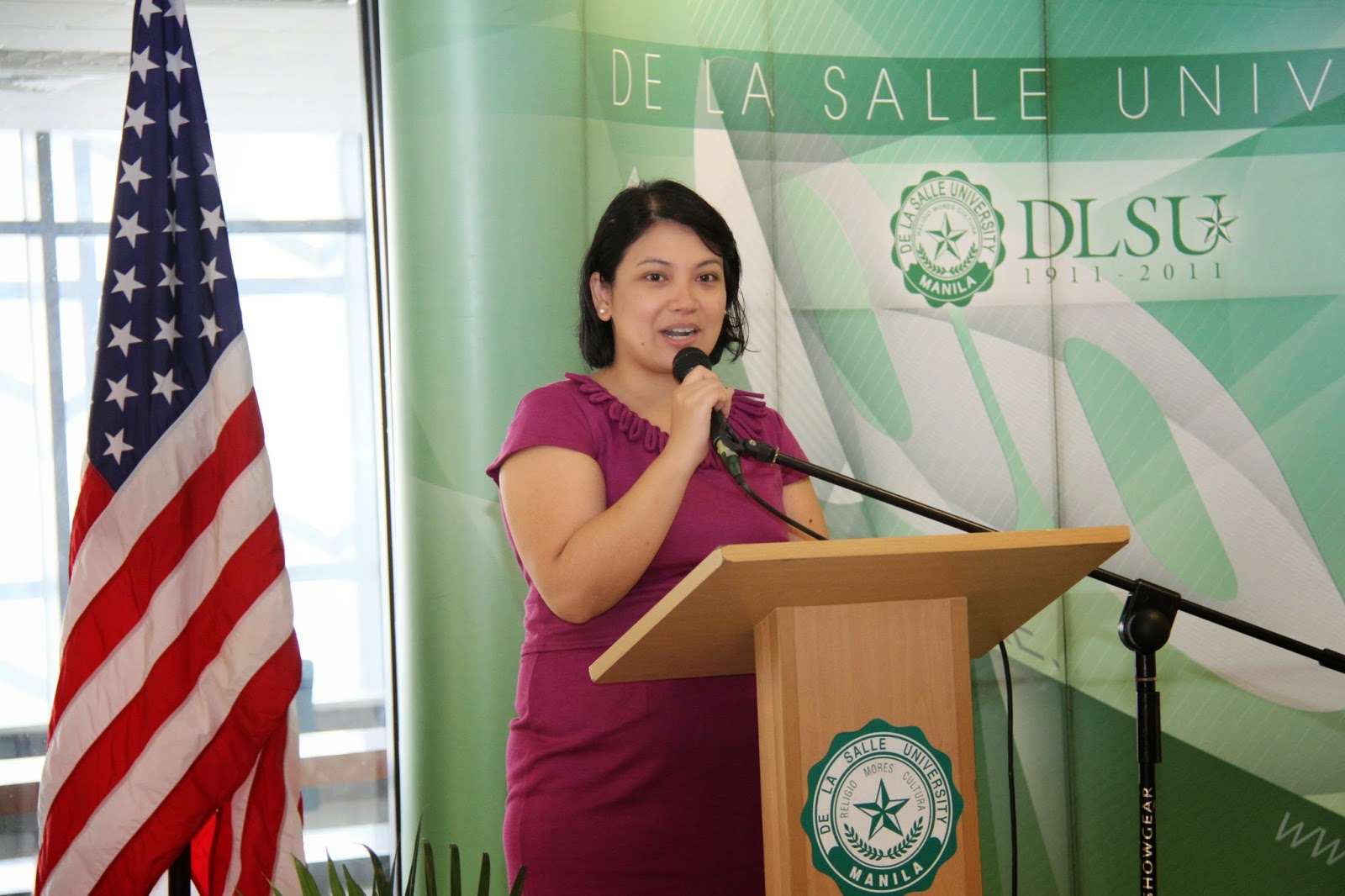 To help fight prejudice, reduce discrimination and break stereotypes, the DLSU Libraries organized its second session of the Human Library with the following volunteers serving as living books:

The Re-enchantment of Politics by Risa Hontiveros-Baraquel - Risa is a leader, human rights and health advocate, a lawmaker; an award-winning broadcast journalist, and a dedicated solo-parent to four (4) kids. She served as representative of Akbayan Party in the 13th and 14th Congresses. Now, she continues her campaigns for anti-corruption, good governance, women and gender equality, and health as National Chair of the Akbayan Party.

The Atheist by Red Tani- Red, an atheist, is the founder and president of Filipino Freethinkers, an organization that promotes reason, science, and secularism, as well as the acceptance of non-believers and progressive believers in a predominantly Catholic country. He is also an assistant to the chairman at Techno Holdings Corporation.

The Seeing Blind by Rustica Padasas- Because of eye infection, Baby as she is fondly called by her family, lost her eyesight when she was in her second year college at the Bicol University in Legazpi City. Due to her condition, she was not able to finish her studies. In 1993, through the help of Resources for the Blind (RBI), Inc.,  she was able to continue her studies and graduated in 1998 with a degree in Bachelor of Science in Social Work from the Philippine Christian University. After college, she took and passed the Board Examination for Social Workers. She was then hired by RBI and is now celebrating her 16th year with them.

Stroller by Leah Rose Martinez- Leah Rose is a Grade 7 student at T.S. Cruz High School Annex. Standing tall at five feet and six inches, no one would notice that she is just 14 years old. A blessing awaits their family as she is now approaching her eight month of pregnancy.

Pulis at Barangay Tungo sa Tagumpay by Bartolome Mercado - In his seven years as a policeman, SPO1 Mercado has been a recipient of a number of commendations, merits and recognitions. True to his continuing pursuit for improvement to better serve the Filipino people, he attended various police and military training courses in the past. At present, he is taking up his masters’ degree in Criminology at the University of La Sallette in Isabela City. SPO1 Mercado draws inspiration from his wife, who is a policewoman, and their only son.

The Plight of a Person with HIV and His Courage to Make a Difference by Humphrey Gorriceta - For Humphrey, living with HIV in a very conservative and naive country is very challenging because of the stigma attached to it and the discrimination that roots from different reasons. With hope, optimism, courage, hard work, and love, he was brave enough to come out publicly with his HIV+ status and helped make a positive change on how Filipinos perceive HIV as an infection and judge people living with it. Some wise words from him: "We are all connected in ways we can only imagine. One person’s actions and decisions affect another person’s quality of life. Let’s be positive social agents of change and make this world a loving, safe, healthy and a better place to live in."

Small Hands, Big Dreams and Strong Mindset by Jovenry Balangue- "This is about my perspective in life, things and situations I face in life. The way I think, the way I set my goals and my mindset towards goals."Indeed, for Joven who stands about 3.5 feet, no dream is too big, no dreamer too small. With this strong mindset and positive outlook in life, he was able to realize his dreams. At present, he is an operations reporting analyst at AIG Shared Services and a graduate student of Business Administration at the De La Salle University Dasmariñas.

Voltes V was a Martial Law Victim by Francis Isaac - As a self-confessed geek, researching and writing are Francis’ hobbies and profession. Currently, he is a project research officer at the Jesse M. Robredo Institute of Governance De La Salle University. His chosen field of specialization allowed him to author and co-author several articles published in well-known journals. His papers are basically on Philippine elections and enforced disappearance in the Philippines.

Invited as resource person was Dr. Diana Therese Veloso of the DLSU Behavioral Sciences Department, who shared her insights on what prejudice is all about and how it differs from discrimination.

The event, which was held on November 18, 2014, was formally closed with a remarks from Ms. Risa Hontiveros-Baraquel who expressed her profound appreciation of the Libraries’ effort to break the silence of prejudice. 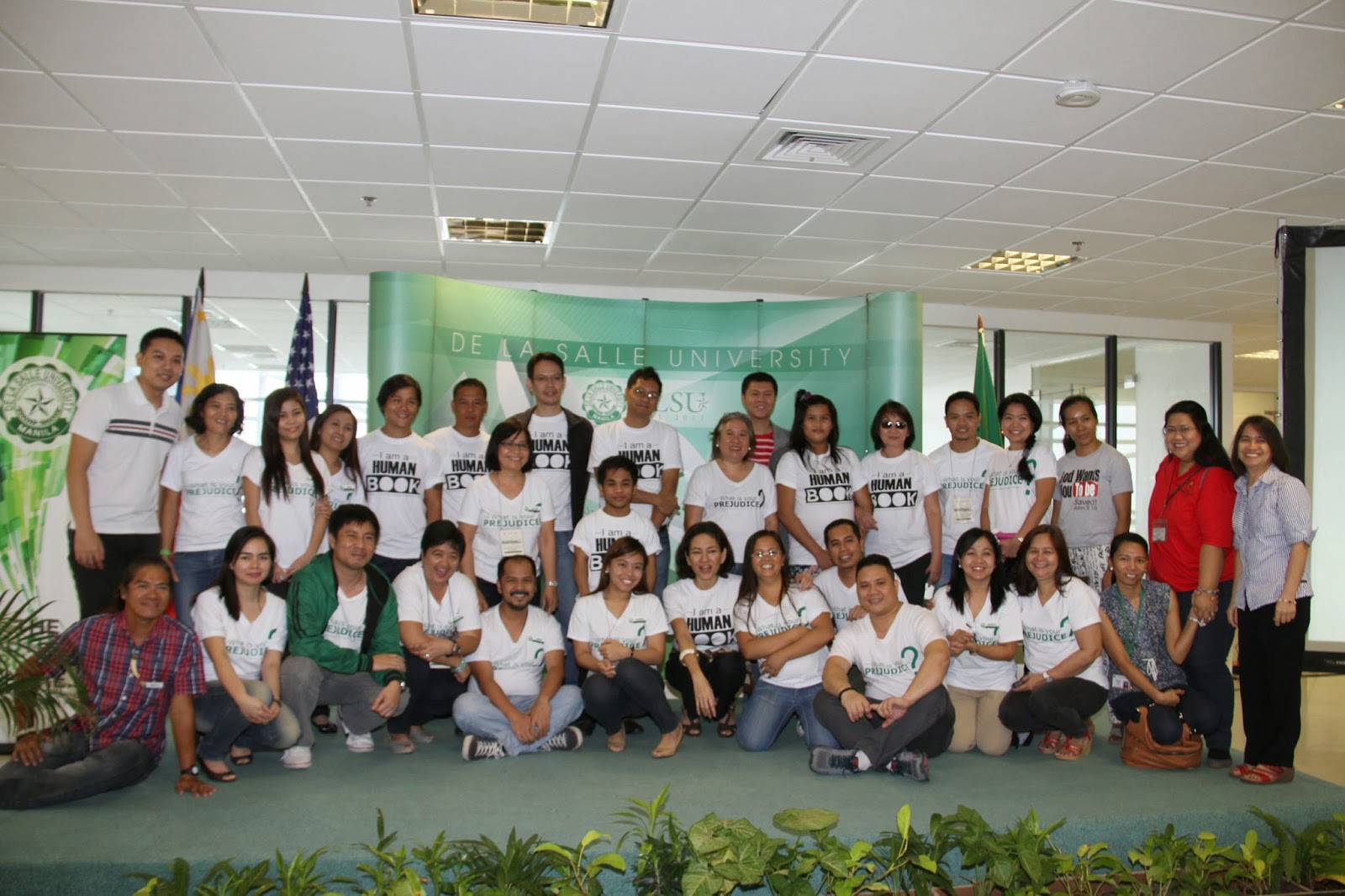