Six library personnel were recognized during the 4th DLSU Annual Institutional Service Awards on 18 September 2015 at the Teresa G. Yuchengco Auditorium, as they completed at least a decade of service to the University.  The awardees were Catherine Cabonegro and Augusto Gallo, Jr.,  15-year awardees; Willian Frias, 20-year awardee; and, Renato Abellera, Florbella Bongalos and Amelia Maula, 35-year awardees. 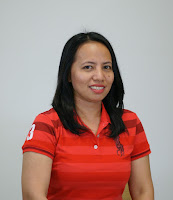 Catherine Cabonegro is currently assigned at the European Documentation Centre at the Learning Commons.  She first set her feet in the University in 1999 as a contractual staff. In 2000, she was given a permanent position as a clerk in the Technical Services section. Cathy, as her fellow Lasallians call her, believes working in DLSU developed her personality from being a shy little kitten to a person who is now confident in dealing with people and determined in getting good things done. She specifically thanks God for directing her to DLSU when she was looking for a second home to develop and nourish her self-esteem. 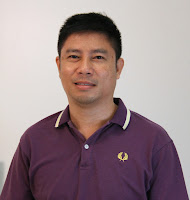 Augusto Gallo, who is better known as Jhun, on the other hand, started as a library clerk at the European Documentation Centre in 2000, and is now working at the Technical Services. He is known in the University for his athleticism and his never-beaten record as champion in chess. 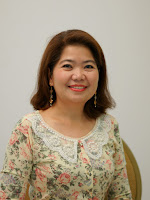 Willian "Ian" Frias, the lone Academic Service Faculty (ASF) in the group, started her career in the University as an assistant librarian at the Periodicals section in 1992. Barely two years in the institution, Ian was granted fellowship by DLSU and DOST to complete her master’s degree in Library Science. Twenty years later, she considers herself a journeyman in the library, having been assigned to different units, performing various tasks, and occupying different positions, namely:  Periodicals Librarian, Collection Development Librarian, Technical Services Head, Public Programs Librarian, Assistant Director for Support Services, and finally, Law Librarian. Having been married to a fellow Lasallian, she considers her family as an extension of St. La Salle’s family. According to her, her children will grow up reflecting the charisms of the school’s founder, St. John Baptiste De La Salle.

35-year-awardee Florbella “Gabi” Bongalos looks up to DLSU as a home for people like her, who is very thankful and proud to be a Lasallian.  She was able to reach this far because in DLSU, “[My] learning experience has never stopped, and each day I see a new dimension to the DLSU vision and mission as lived through a very simple life.  I love what I do”. Gabi's valuable contribution to the University includes effective chronicling of significant events, development, and Lasallian personalities in the DLSU Diary, a database of events and milestones of the University since 1911. She is a topnotcher in the 2006 Licensure Examination for Librarians and a certified Filipino archivist by the Academy of Certified Archivists. She sees the University as a  vibrant community of tradition following its mission, which for her is a great place like home.

In her 35 years in the University, Amelia Maula was able to have a “tour” of office from the President’s Office to CLA Dean’s Office, then to a Department Chair’s Office, until she found her permanent office in the Libraries. Being a journey person enabled Amy, as she is fondly called by her friends and colleagues, she had an opportunity to work with the Br. Andrew Gonzalez, FSC, as his assistant in charge of the welfare of visiting professors, distinguished guests and special visitors of the University. She had also worked with a University Fellows, Dr. Tish Bautista, as the dean’s secretary. Amy is currently assigned at the University Archives where she finds a work–life balance environment. Looking forward to her retirement, she is definitely happy with the warm treatment she earned from her co-workers.

Finally, Renato "Ato" Abellera of the Instructional Media Services spends his 35 years in the Libraries. He has been an AV technician long before the establishment of IMS. Ato never fail to attend training that would continuously upskill and re-skill him in audiovisual services.  At present, Atoz is the favorite videographer in the campus.