Get To Know Simon De Leon 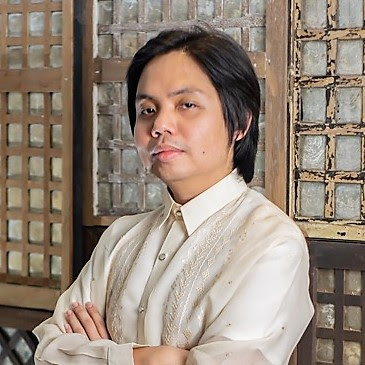 Simon De Leon
Readers' Services Librarian
Simon De Leon is a librarian but arranges his own books by size and color. He also have stacks of books which are never read but won’t be weeded out anytime soon. He is also known to buy books because the cover is nice.
He doesn’t eat any vegetables that doesn’t have a semblance of a leaf on it and also hates ampalaya with passion. Besides that, he eats everything else. He also loves his dog, but sometimes thinks that his dog loves him only because of the food.
He currently lives in Paranaque City where you can hear airplanes passing by every 10 minutes.
What’s your go-to productivity trick?
A quick nap or a stretching session
How do you prefer to end your day?
With a smile :)
What’s one thing most people don’t know about you?
I don’t drink alcohol, but no one believes me :(
What’s something you’ve done, but will never do again?
Ride a roller coaster with 360 degree twists
What’s the best advice you were ever given? Who was it from?
Relaaax! - Joseph Morong
Are you a dog person or a cat person (or neither)?
Dog person but also cats kung mabait
If you could only eat one item for every meal for the rest of your life, what would it be?
Kani Sushi!
What’s one hobby you’d love to get into?
Parkour! or street dance
What’s your favorite TV show—the one you’re always watching on repeat?
How I Met Your Mother
What’s your most used emoji?
😆
* * *
Simon De Leon joined the Libraries' Team on January 2020 as Readers' Services Librarian assigned at the Reference Section, The Learning Commons.