Vote for your 2013 Library Customers' Choice! 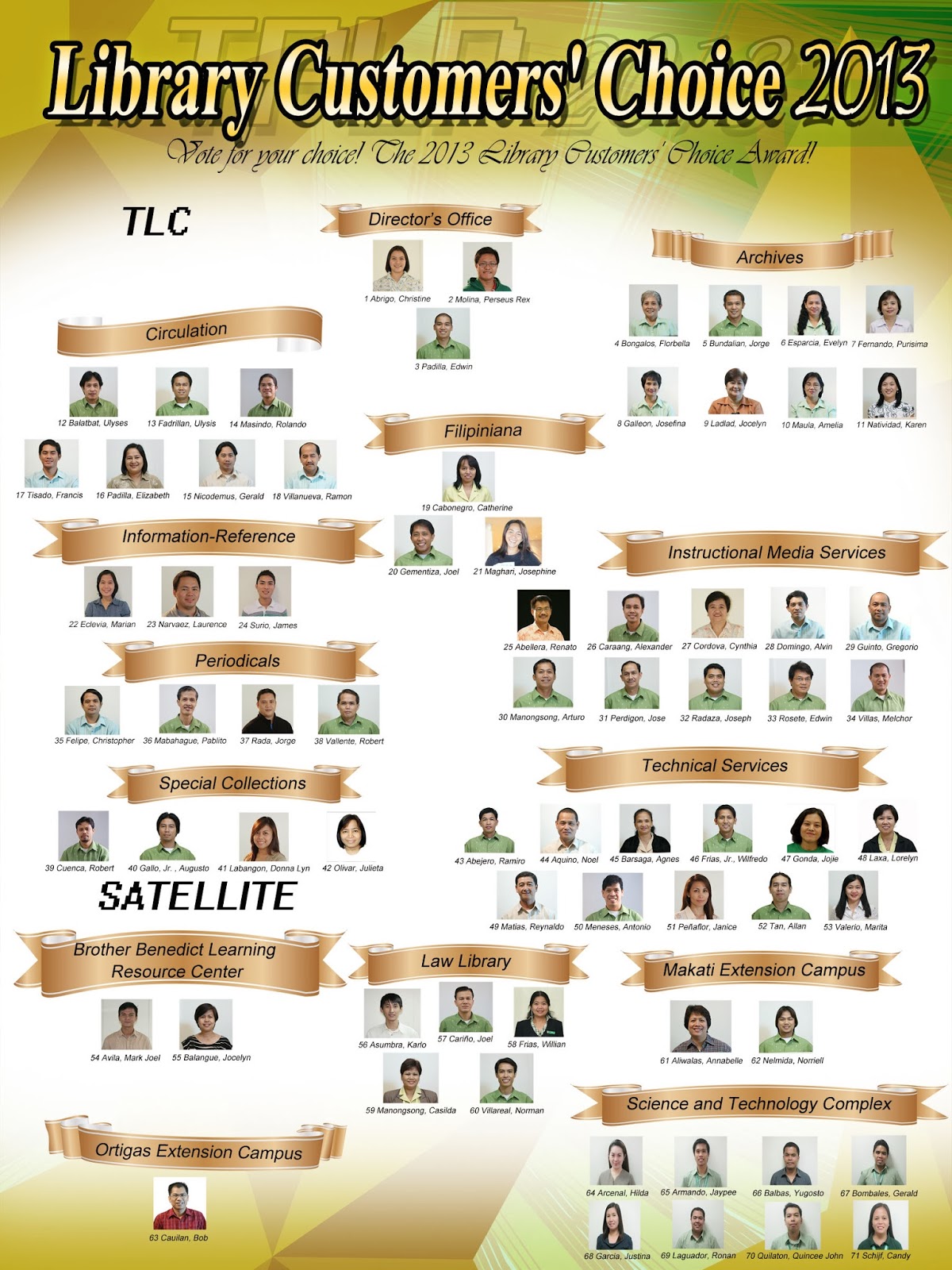 The Libraries' Top Performing Library Personnel (TPLP) Committee is now on its search for the 2013 Library Customers' Choice Awardee. The TPLP is an "annual tradition of the Libraries to recognize its employees that have rendered exemplary service to the academic community". Since the TPLP was postponed last December 2013, the winners will be awarded during the 2014 Library Planning/Workshop.

The Customers' Choice Award is a special award given to the personnel who is most liked by the library users based on their online and paper votes.

The academic community will only choose one from among the 71 candidates. They may base their vote on the following criteria:
Visit the online form to vote: bit.do/voteLCC-2013
Voting ends on March 15, 2014. Thank you.