Get to Know Justina P. Garcia 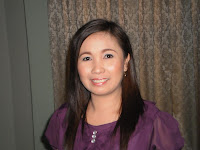 The DLSU Libraries would like to introduce one of its newest librarian, Ms. Justina P. Garcia. She is currently assigned as the Coordinator of the STC Libraries and at the same time handles the Integrated School Library located at the DLSU-STC Campus in Biñan, Laguna.

Before joining the DLSU Libraries in 2013, Tina worked as a school librarian, a college librarian, a library science professor, an archivist, and a library consultant.  Her nine years in the field gave her the experience and expertise in the areas of library management, archives and records management, multimedia and audiovisual management, and collection management.

In 2004, she had her first professional library experience with the First Asia Institute of Technology and Humanities as a School Librarian. She headed the Pre-School, Grade School and High School Library called the Unified School library.

After four years, Tina moved to Canlubang, Laguna, where she was later hired by the San Sebastian College Recoletos Canlubang. As the pioneer librarian, she managed the school’s library by drafting policies and programs as well as developing the collection. Her efforts bore fruit as eight (8) college course programs were recognized by CHED. She proposed the establishment of archives and records depository for the San Sebastian College and initialized the collection development of archival materials. She also worked on a Library and Information Science Curriculum Program (LISCP) in preparation for the career track of senior high school students (Grade 11 and 12) by 2016.

Tina was regarded by the college dean, her superior, as a “goal oriented librarian who works with heart” because of her dedication in her job. Sr. Ma. Gloria Pasamba, SPC, HEAD of St. Paul College Pasig Library seconded it during their benchmarking at San Sebastian College in 2012 and described her as “dedicated librarian with a heart.”

In 2009, shortly after completing her masters, a part-time teaching position was offered by University of Perpetual Help System Laguna (UPHSL). She also worked as Library Consultant in IKON College Calamba. She helped the school in establishing the library and its collection.

Her experiences and active participation in seminars and conferences led her to be elected as one of the officers of the Association of Librarians in Laguna Province, Inc. (ALLPI). She served as the Treasurer in 2010; Vice President in 2011; President in 2012 and re-elected in 2013.

Tina was born to a family of farmers in Tanauan City, Batangas. She is a loving wife to her husband of 22 years, Mar and an awesome mom to Crizell Joy.  In her free time, she enjoys spending time with her family or going out with friends and colleagues. She also shares her love of shopping with her only daughter. She loves to travel and she dreams to see beautiful tourist spots and historical sites here and abroad.

For her, being employed by one of the prestigious universities in the Philippines is a great honor and she envisions spending a long and fruitful professional life with DLSU.