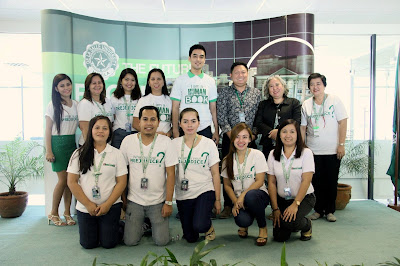 The fourth human library session in partnership with DLSU - Jesse M. Robredo Institute of Governance was held on January 21, 2016 at the Animo Labs, The Learning Commons. It focused on political aspirants, current politicians and celebrity-politicians. Mr. Antonio C. Pedro, Jr., Vice Chair of the Political Science Department made the opening remarks. Almost 100 students and faculty members attended the session to listen and interact to the following human books: 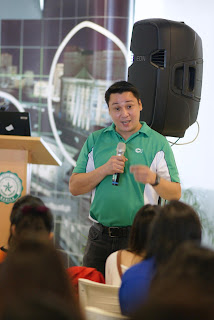 THE POLITICIAN, THE ATHLETE, THE NEWSCASTER


Arnold “Ali” Atienza earned his BS in Physics degree from the De La Salle University and his
master’s degree in Government Management from the Pamantasan ng Lungsod ng Maynila. He first gained fame as the only gold medalist in the 1994 Asian Taekwondo Championships at the age of 21. Ali is also a former anchor of IBC Express Balita from 2004 to 2007. In 2010, he started following the steps of his father, Former Manila City Mayor Lito Atienza when he ran and won the barangay elections as a barangay captain in San Andres, Manila and in 2013, as councilor of the fifth district of Manila. This coming 2016 Local Elections, he is running for Vice Mayor of the City of Manila. [Reference: http://www.gutenberg.us/articles/ali_Atienza] 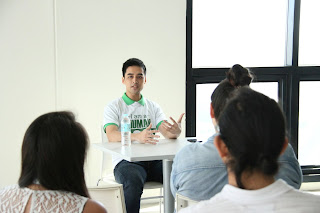 Victor Ma. Regis “Vico” Sotto is the son of showbiz personalities Vic Sotto and Connie Reyes, and a kin to politicians Senator Vicente Sotto III and former senators Vicente Sotto and Filemon Sotto. True enough, both show business and politics run in his blood. Since 2012, he has been treasurer of CAN Television & Productions, Inc. For two years, he has served the Quezon City Council as Legislative Staff Officer V. At present, he is a project associate at the Ateneo School of Government, and in the coming 2016 Philippine Local Elections, he will run for City Councilor in the First District of Pasig City, under the platform of increasing the level and quality of people’s participation in governance. 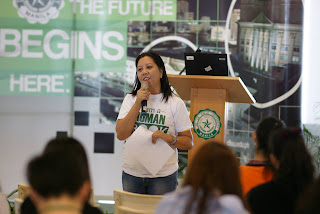 Mary Jane Lapuz earned her Bachelor of Arts in English from the Polytechnic University of the Philippines. She has been Barangay Kagawad of Barangay U.P. Campus, 4th District, Quezon City for three consecutive terms now. Highlights of her years as Kagawad include the establishment of BUPC-TFYD Reading Center, 1% of IRA Funds for the Solo Parents of Barangay UP Campus Project, and BUPC-TFYD Scholarship Grant for College Students. Kagawad Jane is also chairman of Committee on Health, Women and Family and Committee on Youth and Sports Development of their barangay.