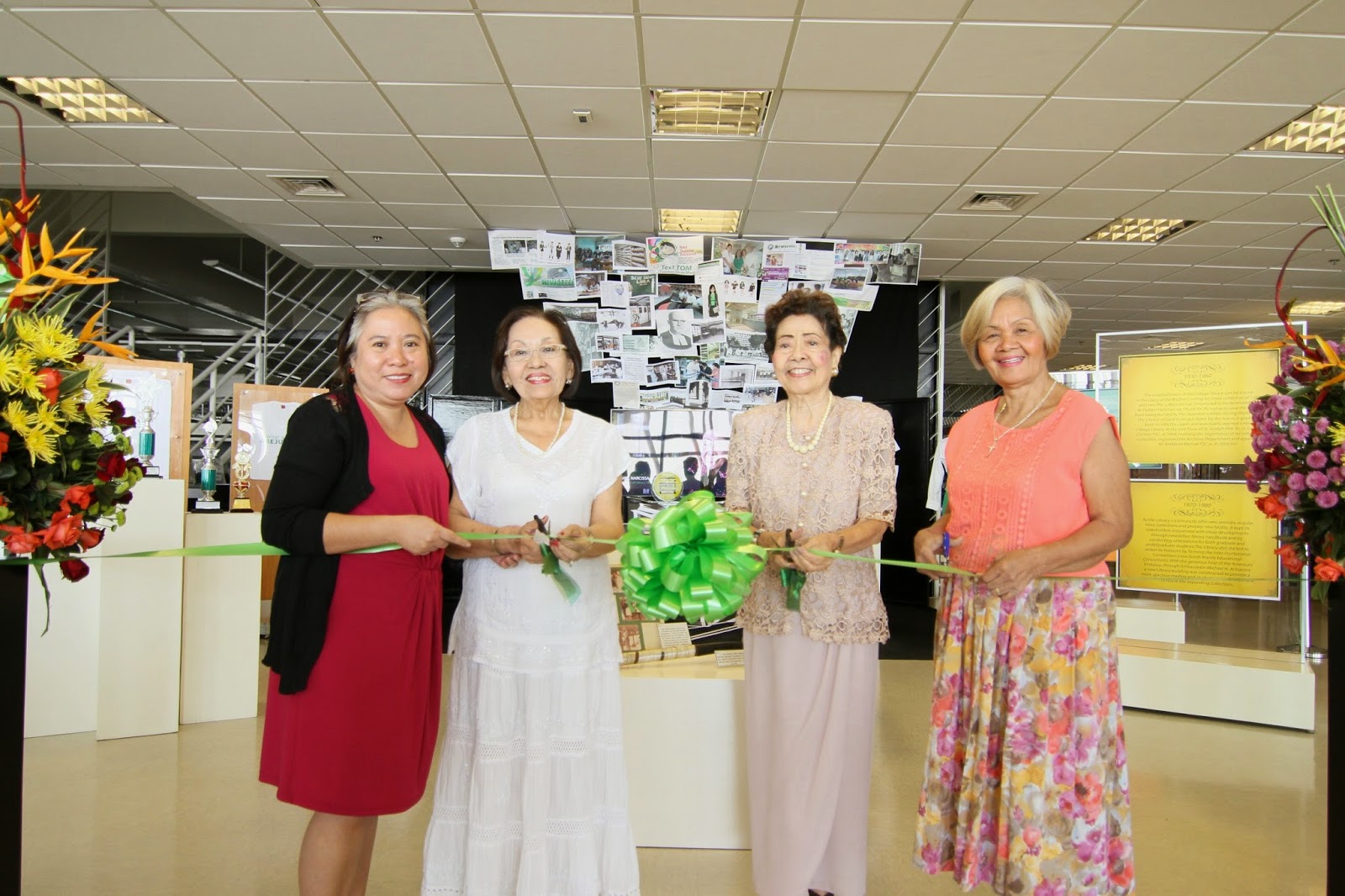 In celebration of the second anniversary of the formal inauguration of The Learning Commons, the Libraries launched its history video and opened an exhibit last February 23, 2015, which documented its humble beginnings and how it gradually reached its present status—an exemplar in academic and research library in the Philippines. It featured highlights of the 81 years of its continuous improvement in services, facilities and collection, coupled by various events and the different personalities which shaped its colorful history. Moreover, each artifact, realia, photograph, and memorabilia showcased in the exhibit has a story to tell. The event was graced by former Library Directors Mrs. Narcissa Muñasque, Dr. Priscilla Arguelles and Ms. Fe Angela Verzosa, who are living testimonies of the milestones that shaped what the DLSU Libraries is today. The exhibit will run until March 31, 2015.